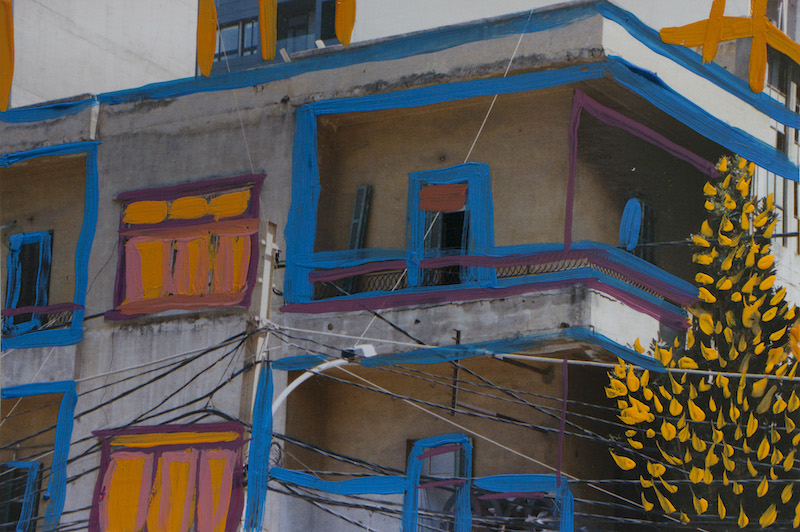 +
International Shipments may be subject to customs duties and taxes.

Buyers are responsible for any custom duties and taxes charged by your destination country in addition to the item price and shipping charges.

Please note, the total order amount does not include local sales tax/VAT, extra fees may be applied. Shipping cost is estimated, and might change in the checkout page.

These works are a continuation of my mixed media practice of painting the surfaces of 35mm color-film photographs I have taken in Beirut, Lebanon pre-2020. For the first time, I hand-painted the works directly using gouache paint which has a more matte and liquid finish. Many of the photographs I take are mid-transit; whether it be walking along city streets or sitting in the passenger side of a car while paused in traffic or photographs I’ve taken while flying. The snapshots are embedded with the memory of moving through the spaces.  Many of these streets and views have since changed; buildings are erected or demolished, Beirut is constantly transmuting over time. Untitled and Round the Corner are photographs I took near my family's apartment in Gemmayze, the views are so familiar to me yet, the neighborhood keeps shifting each time I visit. In a sense, these photographs become relics. As far as my technique, I try and emphasize a color that already exists in an image, a slight pink hue in a building or a hazy blue in a skyscape.  For example, in Skyline passageways, I borrowed some of the orange tones in the buildings and created a dreamlike skyline. There are also times when I like to insert colors and textures that seem to be in conflict or are altogether alien to the imagery.  Color and form become enmeshed in each other, the paint and the photograph are inseparable, the space is an altogether new one. There’s something visceral about disrupting photographs with the physicality and brightness of paint, sometimes it’s an erasure of sorts (a means to cover portions of the image beneath) and other times I can’t really imagine the photograph without the paint (it becomes symbiotic). 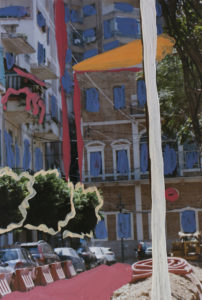 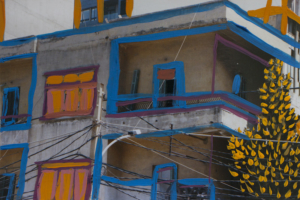 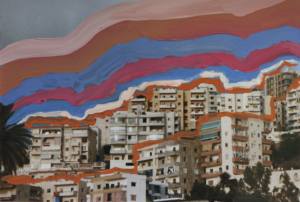 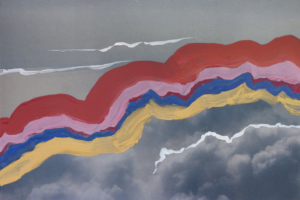 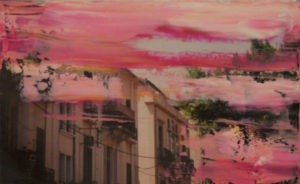 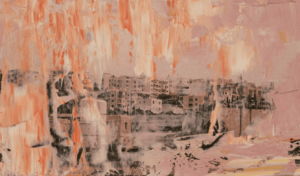