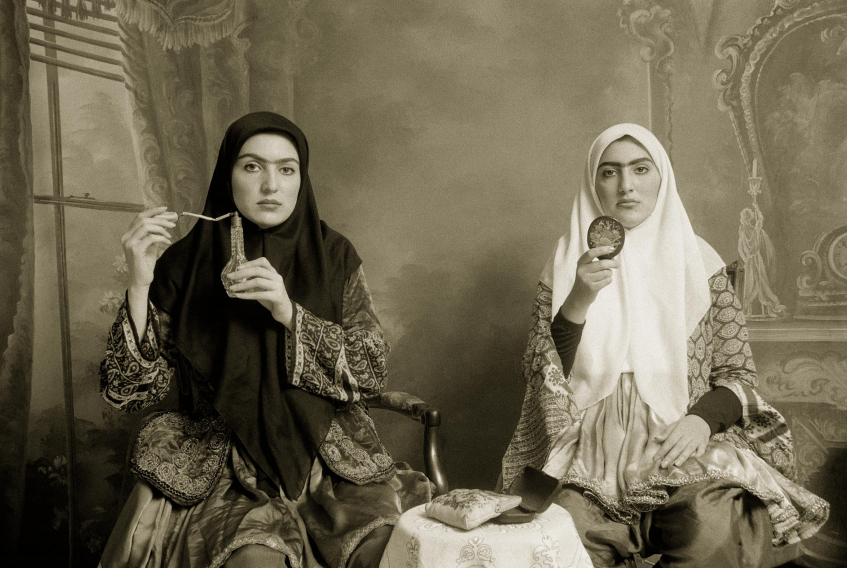 In Qajar (1998), Shadi Ghadirian arranged portraits of women, mainly her friends and family, using backdrops and dress reminiscent of the Qajar era (1785-1925), but added contemporary Western props such as a boom box, a Pepsi can, a phone or a vacuum. Portraits taken in the Qajar period were traditionally captured in a formal setting, and the subject often posed with prized possessions and objects that pointed to elite status. “My pictures became a mirror reflecting how I felt: we are stuck between tradition and modernity. This conflict between old and new is how the younger generation are currently living in Iran. We may embrace modernity, but we’re still in love with our country’s traditions” Shadi Ghadirian said. 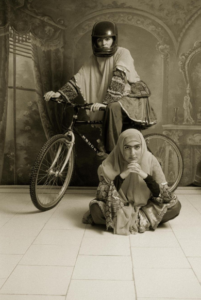 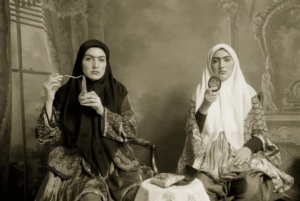 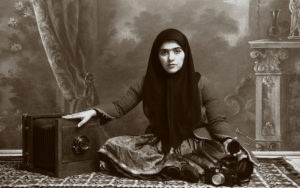 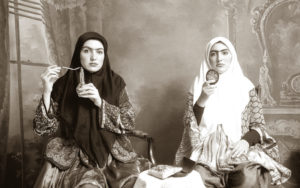 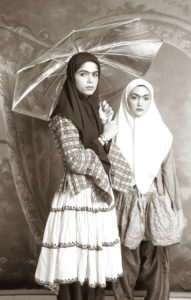 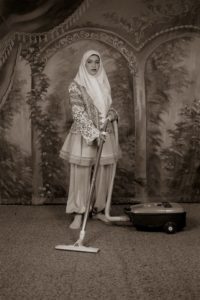 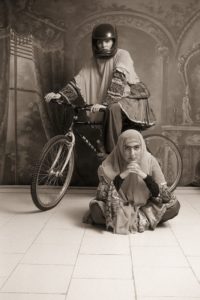 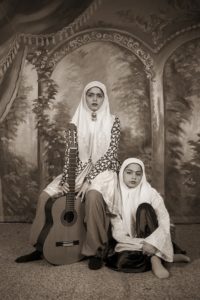 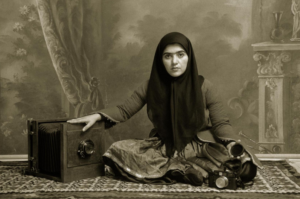 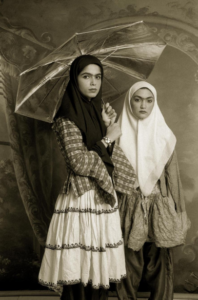 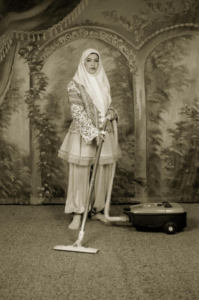