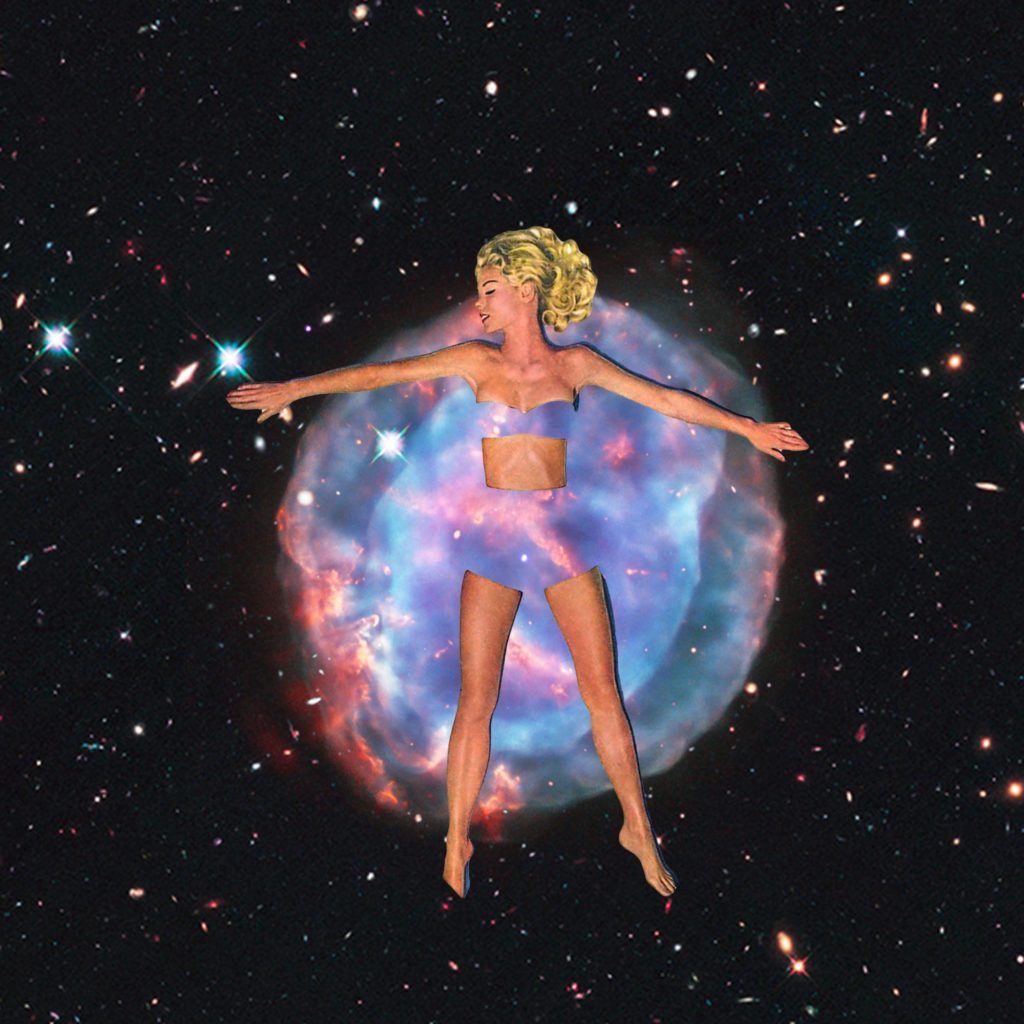 EMERGEAST sat with Beya Khalifa, an Egyptian digital collage artist changing the Middle Eastern art scene one surrealist step at a time. Beya uses elements of the Orient with a kitschy twist to reflect our weird and wonderful world. Find out more about what goes on in her world...

Tell us a bit about how your Artist journey began with your initial inspirations...

I was fortunate enough to grow up in a family that has always supported and encouraged my interest in art. My mother especially has always, ever since I was young, pushed me towards pursuing art. Not necessarily as a career, but as a way to flourish, explore and discover the world around me. I started off with painting, which I loved, but didn’t particularly excel at. As a teenager, I really got into photography for a few years until I felt I had plateaued. I wanted to push boundaries, but was too afraid of being perceived as too brazen and outlandish - so I eventually lost interest. After being shown one of Eugenia Loli’s brilliant collages, I was struck by how I had never given collages a go. At the time, it seemed like a safe alternative to create and to communicate without necessarily having to interact with or disrupt physical spheres. Unwittingly, I think it’s made me braver, and more determined to realize concepts I’d been reluctant to explore in the past. 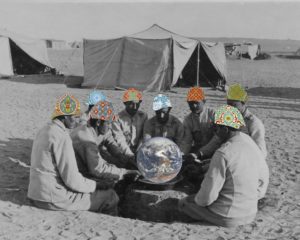 Take us into your fantasy world - what do we see?

The majority of it is silliness run rampant: nothing is true to size, the literal is transformed into the abstract (and vice versa), and opposites are drawn to each other like peas in a pod. It’s a topsy turvy display of turning the unlikely into the norm, of finding answers to what ifs, and breaking constraints just to see what happens when you do. On the surface, you have people in absurd situations that leave viewers bemused; on another level it could be framing more reflective questions in a way that doesn’t leave viewers troubled. Partially, it’s a reflection of how odd our world is becoming; and then there are other themes that try to unravel and examine cultural dynamics.

Your work often sees a juxtaposition of two worlds, what are you trying to tell your observer?

I don’t know that I’m necessarily trying to tell people something specific. I’m still young and curious with an endless amount of questions about everything. In part, that makes me reluctant to make big, splashy statements. Precisely because I’m starting to realize how little I know, and how nuanced our world is. I think the fragmented way I present my work is indicative of just that - a kind of probing, external monologue where I am exploring concepts like identity and meaning, of which I’m not sure what to make of just yet. I admire artists that know exactly what they want to convey, but I hope there’s room for artists to be lost and ask questions, too. In a way, people come in with their own sets of biases and beliefs which influence the way they interpret art fundamentally. It’s a beautiful thing and I wouldn’t want to restrict my work like that. I’m not as in touch with my culture as I would like to be, and it’s a long process trying to change that. Maybe my work is part of my journey, and the more questions I have - and am asked, or receive answers from viewers to, in return - the more I learn are what some pieces are about. 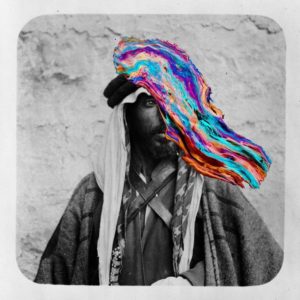 So early on in your career, you’re about to take part in your first US group show in Sante Fe, what message do you wish the western audience sees first?

It’s a wonderful opportunity and I’m so humbled to have some of my work included, the nature of which embodies questions about homogenization, orientalism, erasure, representation. The way I’ve integrated these themes into my collages can be double-edged, I feel - am I undermining or reinforcing? I’m not sure, but I hope I have more to offer than commentary that only scratches the surface. I don’t know how much control I have to determine the narrative once a piece is revealed to the public. Whatever message is inferred from my work, I hope it is with an open mind and an open heart; without reducing any of the artists in the exhibitions or their work to contemporary established narratives about art in the Middle East.

You’ve mastered the art of digital collage, can we expect Beya Khalifa to dabble in different media?

A thousand times yes! Besides slowly but surely amassing a giant magazine collection for analog collages, I would love to go back to photography and painting without having to worry so much about what I’m putting out there. I’ve found out that people like weird. And if they don’t, it doesn’t mean it’s a reason to stifle yourself.

Do you identify as a Middle Eastern Artist or a third culture kid influenced by her environment ?

I wouldn’t say I’m a Third Culture Kid. I was born and raised in Egypt, so I was never truly entrenched with a culture different than mine the way TCKs are. Leading a privileged life, however, did mean that I was exposed to Western and European culture far more than I realized back then. Having received a German education and having been exposed to imported American entertainment, there was a point in my life whereI harbored some derision and ambivalence towards my own culture. It was a result of glorifying Western culture and contrasting it with my own - a cultural inferiority complex that I think a lot of people here struggle with. But I think a lot of us have been trying to unlearn that for the past few years, and it’s reflected in a resurgence of acknowledging both external and internal cultural influences and how they’ve shaped the cultural landscape we live in today.

In an ideal world, which three artists would you group together for a dinner?

That’s a really tough one. They would have to be radically different just for the interesting conversations it would make. A mix of Kandinsky, Monet, and Frida, for example.

And finally, Who is Beya Khalifa in three words?